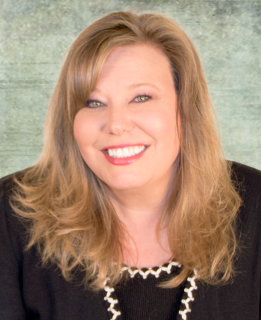 Dr. Frances Gipson is the Chief Academic Officer (CAO) for the second largest school district in the nation, Los Angeles Unified School District (LAUSD). As a leader of leaders, she oversees the instructional plan and capacity building for over 600,000 students in preschool through adult school programs. The Division of Instruction includes all academic programs such as: elementary and secondary instruction, gifted and talented education, advanced placement courses, Linked Learning, instructional technology, multilingual and multicultural education, federal state education programs, student integration services, innovation, and the access equity and acceleration team. A highly regarded educator, she has published and designed quality curriculum at the district, state, national and international level. With this passion for active learning, she has taught Educational Leadership at CSULA, UCLA Teacher Education Program and the Principals Leadership Institute. Gipson’s leadership has been formally recognized with the regional Administrator of the Year Award from ACSA, the Tae Han Kim award for humanitarian and cultural accomplishments, CSULA Day of the Educator award for excellence in fieldwork supervision, and the Excellence in Urban Leadership Award from Claremont Graduate University. She was most recently recognized by the Center for Digital Education as one of the Top 30 Technologists Transformers & Trailblazers. Dr. Gipson believes that “living in the system” and “disturbing the system” are critical to agency and advocacy for youth and ensures that our communities are at the center of all decisions. 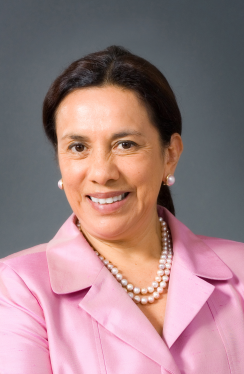 Nationally regarded for her expertise in immigration, philanthropy and civil rights, Antonia Hernández has spent more than four decades advocating for social justice and improving the lives of underserved communities in Los Angeles County and beyond.

Since 2004, she has served as President and Chief Executive Officer of the California Community Foundation, one of Southern California’s largest and most active philanthropic organizations, which has served Angelenos for over a century. The Foundation partners with more than 1,600 individual, family and corporate donors and holds assets of more than $1.7 billion. During her tenure, the California Community Foundation has granted nearly $2 billion, with a focus on health, housing, education, immigration programs.

Previously, Hernández was president and general counsel of the Mexican American Legal Defense and Educational Fund (MALDEF), a national nonprofit litigation and advocacy organization dedicated to protecting the civil rights of the nation’s Latinos through the legal system, community education and research and policy initiatives.

Hernández is a member of the boards of directors of the Automobile Club of Southern California, Center on Budget and Policy Priorities, Forest Lawn Memorial-Park Association, Grameen America and The Colonial Williamsburg Foundation. She is also a fellow of the American Academy of Arts and Sciences and the American Law Institute.

Hernández earned her B.A. in History at UCLA and J.D. at the UCLA School of Law. Tyrone C. Howard is professor in the Graduate School of Education and Information Studies’ at UCLA.  He is also the Associate Dean for Equity, Diversity & Inclusion. Professor Howard’s research examines culture, race, teaching and learning. He has looked at this work in particular with the experiences of Black males and other males of color in K-12 schools. A former classroom teacher in the Compton Unified School District, Dr. Howard’s work has examined race and racism in the school experiences and practices affecting racially diverse students.  Professor Howard has published over 75 peer reviewed journal articles, book chapters, and technical reports. He has published several bestselling books, among them, Why Race & Culture Matters in Schools and Black Male(d): Peril and promise in the education of African American males. His most recent book “Expanding College Access for Urban Youth” looks at ways that schools and colleges can create postsecondary possibilities for youth of color. Dr. Howard was named the recipient of the 2015 UCLA Distinguished Teaching Award, which is the highest honor provided to teaching excellence at the university. In 2016, Dr. Howard was listed by Education Week as one of the 50 most influential scholars in the nation informing educational policy, practice and reform. In 2017, Dr. Howard was named a Fellow of the American Educational Research Association, which recognizes scholars whose body of work significantly has influenced educational practice, policy and research. 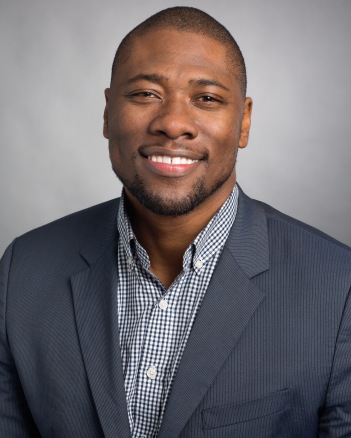 Ryan J. Smith is currently the Vice President of The Education Trust & the Executive Director of The Education Trust–West, a research, policy, and advocacy organization focused on educational justice and the high academic achievement of all California students, particularly those of color and living in poverty. Under Ryan’s leadership, the organization continues to expand its work with a specific focus on producing actionable, accessible research and advocacy tools – most notably publishing Black Minds Matter: Supporting the Educational Success of Black Children in California and Hear My Voice: Strengthening the College Pipeline for California’s Young Men of Color. He’s also responsible for the  launch of a Southern California Community Data and Research Hub in the Inland Empire. Prior to his work with Ed Trust–West, Ryan directed Education Programs and Policy for the United Way of Greater Los Angeles, where he launched Communities for Los Angeles Student Success (CLASS), a Los Angeles-based coalition of civil rights, education and community advocacy groups. Ryan also led Family and Community Engagement for former Los Angeles Mayor Antonio Villaraigosa’s Partnership for LA Schools, where he formed the “Parent College”, a parent empowerment program that has to date trained over 5,000 parents on the “parent three R’s” – their rights, roles and responsibilities. A past Annie. E. Casey Children and Family Fellow, Ryan started his career at the age fifteen as a youth organizer focused on educational justice in South Los Angeles with Youth United for Community Action. A UCLA graduate, Ryan has authored dozens of editorials and opinion pieces published in the Los Angeles Times, the San Francisco Chronicle, the Sacramento Bee, Education Week, US News and World Report, and others.